Omar Sharif’s heart condition continues to deteriorate due to which his mental balance is not working properly and he is not recognizing anyone about whom his son told yesterday that The steps taken by the government to send Omar Sharif to the United States were immediately considered and Shahbaz Gul issued a statement saying that the Prime Minister’s House has also been assured of help.

An ambulance has now been arranged to take Omar Sharif to the United States. Administrator Murtaza Wahab also gave assurance in this regard after which Omar Sharif’s wife Zarrin has also confirmed this. They are being flown directly to Washington by air ambulance. 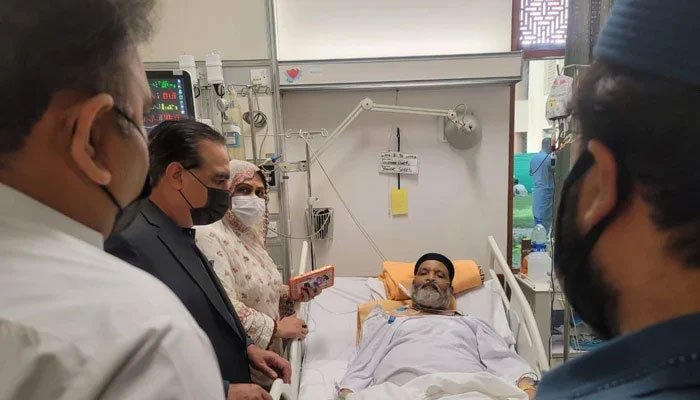 The Prime Minister’s Office has sent all the details of Omar Sharif’s visa to the embassy and according to Shahbaz Gul, the visa will be issued to him soon.