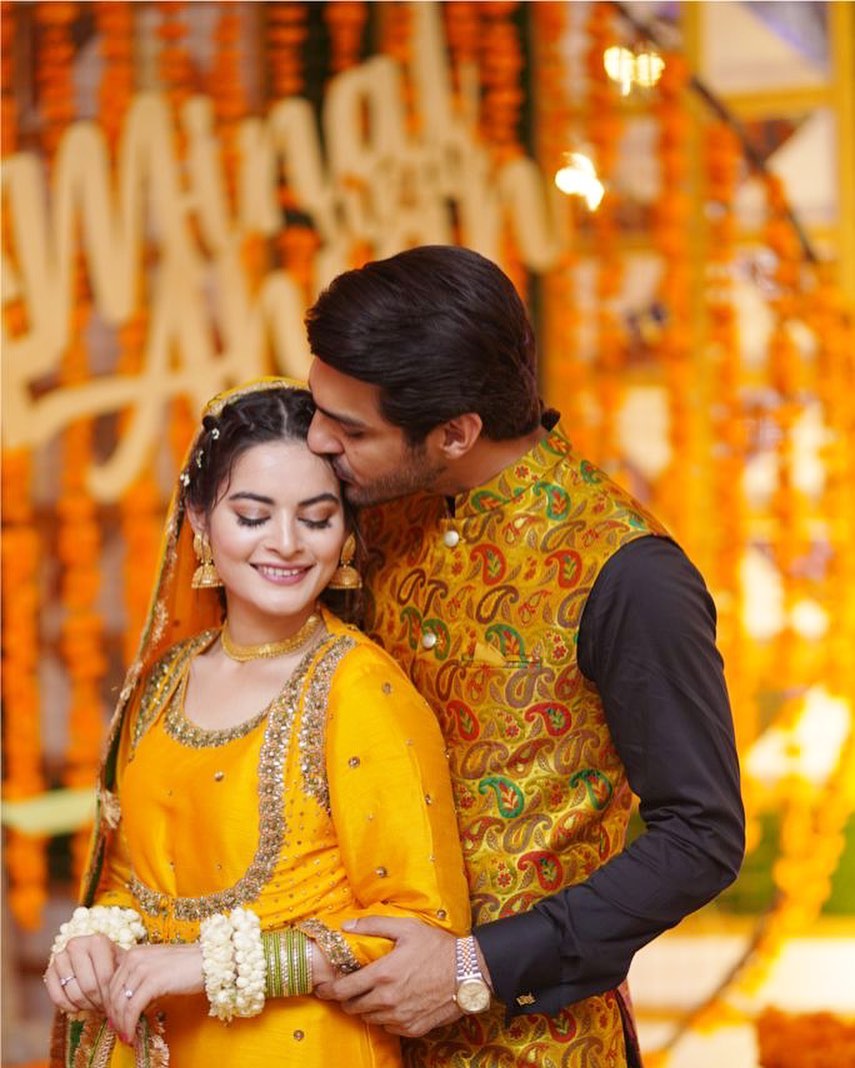 Photos and videos of his dholaki have also been shared on accounts by Minal Khan and Ahsan Mohsin Ikram in which it can be seen that Manal Khan wore orange for his dholaki ceremony while Ahsan Mohsin wore cream colored dress and vest coat. Has been selected 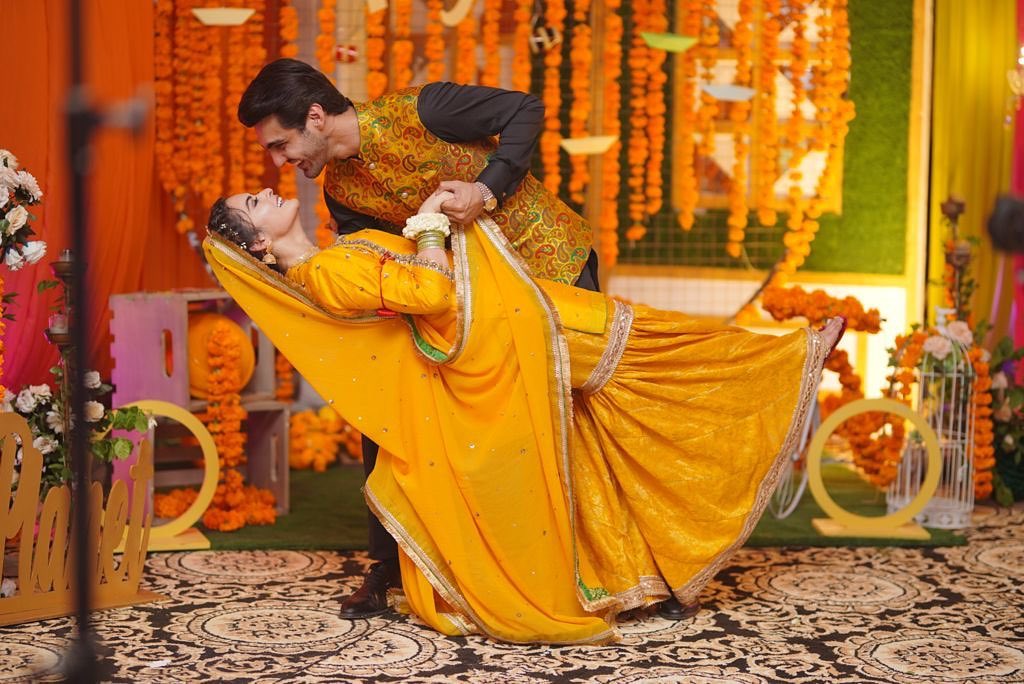 Minal Khan and Ahsan Mohsin Ikram’s viral photos and videos on social media show that their families, including this beautiful couple, are dancing. 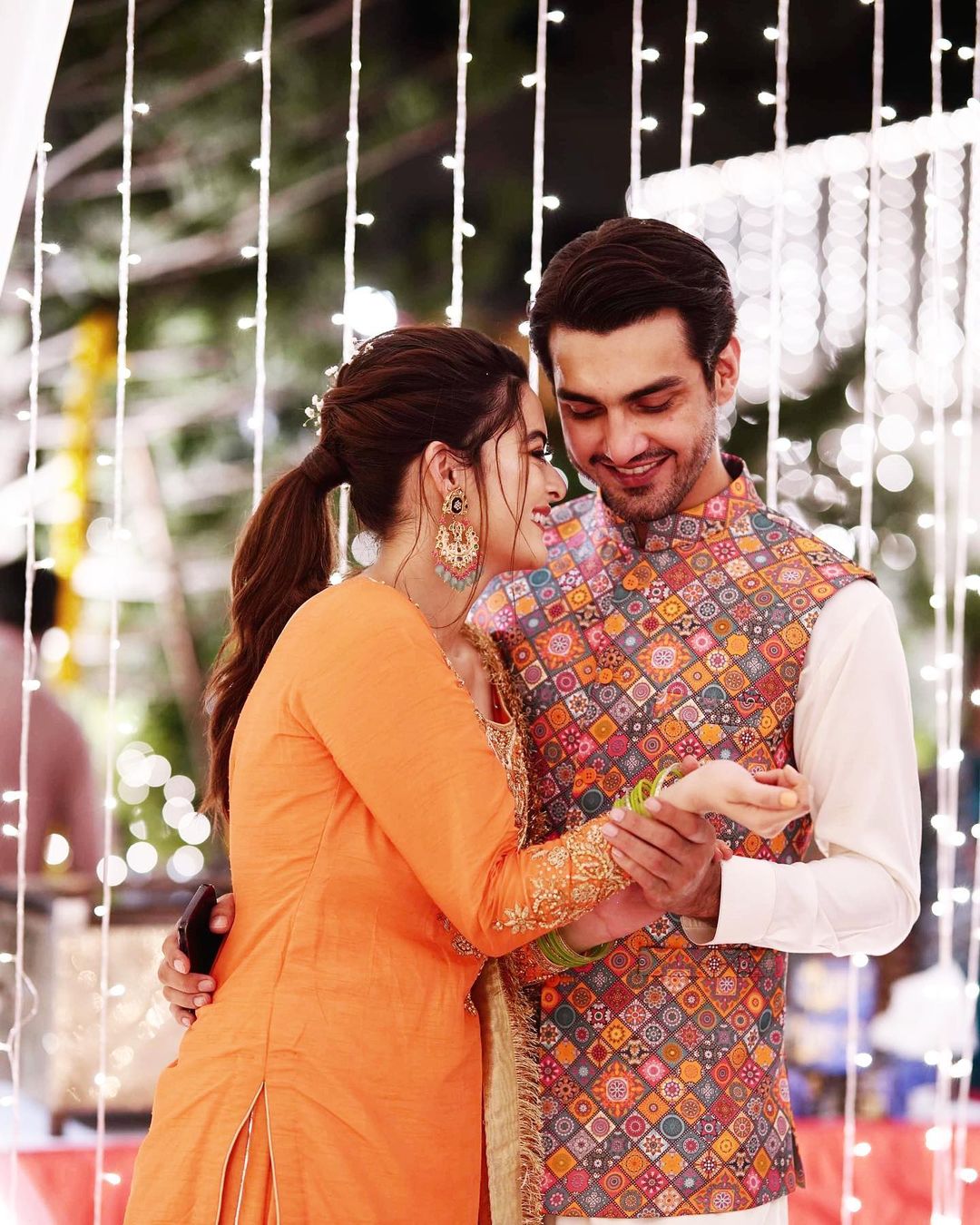 On the drum of Manal, her twin sister Ayman Khan can also be seen dancing, dancing and singing with her husband actor Muneeb Butt and daughter Amal Muneeb. Good luck with the fans

The new duo is being congratulated on the start of a new life by internet users including Pakistan Showbiz Industry. 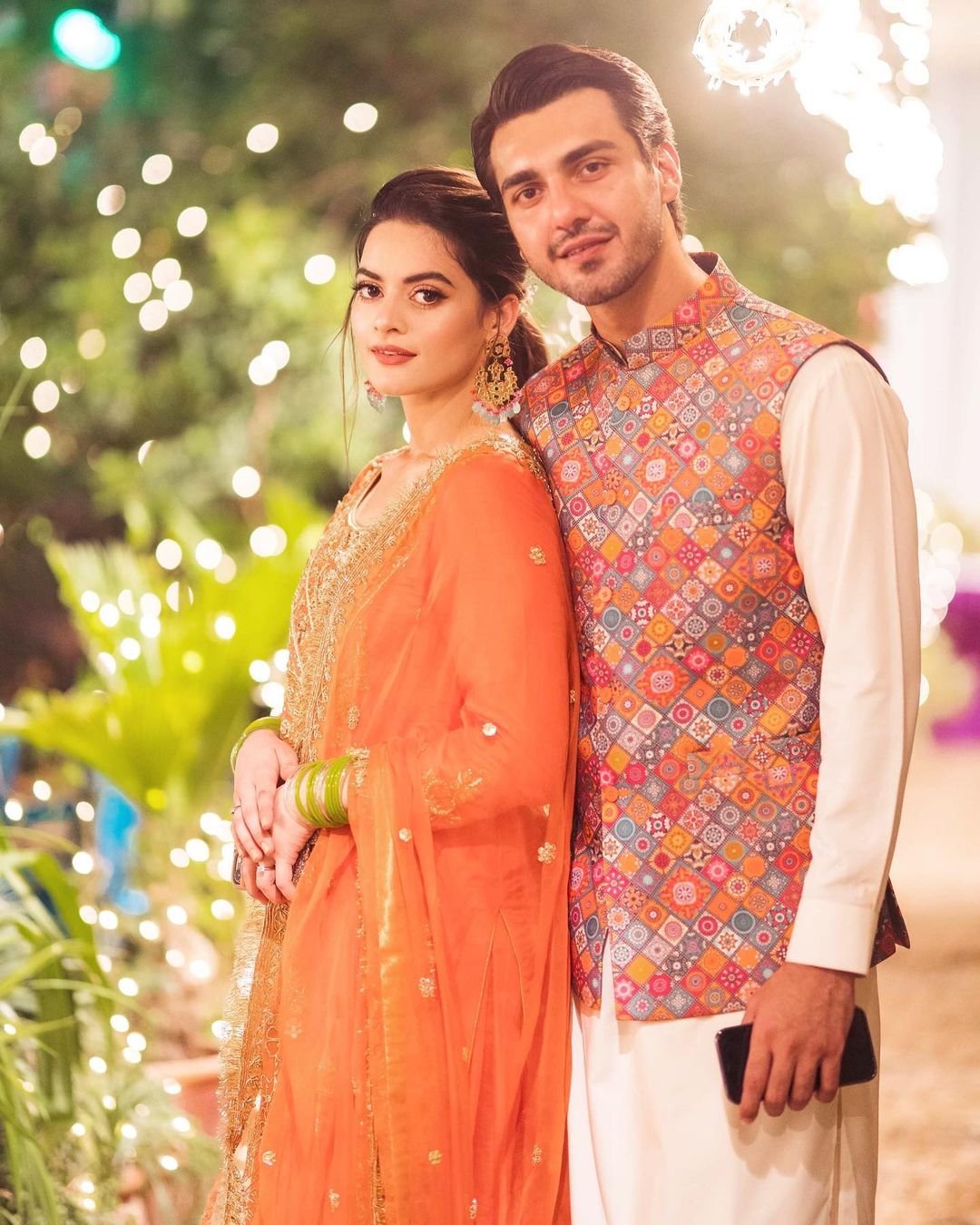