Fans are often curious about how their favorites looked like as a child. We think that celebrities have always lived a glamorous life, but that is not true for most of them. If you ever wondered what Sarah Khan looked like as a baby, scroll down to find out.

Husband Falak Shabir just shared an adorable video of Sarah Khan from her childhood days. A toddler Sarah smiles brightly as the song Muskurane Ki Wajah Tum Ho plays in the background. The song was of course edited by Falak and he reacted with a love emoji. Take a look.

Earlier, Sarah Khan’s childhood photos with sister Noor went viral. It’s hard to recognize them in a group of children and netizens had a lot to say about them.

The way see them now as adults, and as celebrities, it’s hard to separate their ‘perfect’ image from the things that are not often talked about.

In the above photo, Sarah is seated on the right corner of the sofa, while Noor can be spotted on the left corner wearing a lemon kurti and jeans.

The two have changed a lot from the time the photo was taken and it sure is an amazing glow up, but netizens made some nasty remarks on their appearances. One event went as far as to say that it’s all because of money or makeup. But they are human after all. Don’t you agree? Let us know in the comments.

Showbiz diva Sarah Khan mesmerizes netizens once again with her beauty and elegance. The Raqs-e-Bismil star rocked a summery dress on her Instagram. Fans love the embroidered white kameez with a vibrant colored dupatta. 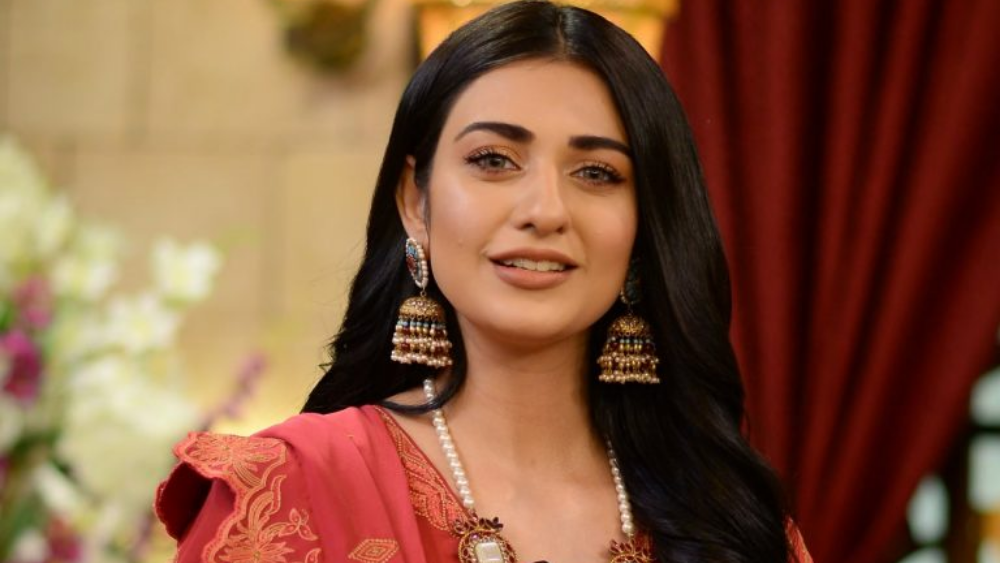 Sarah Khan is a phenomenal actress in the Pakistani drama industry. She and her sister, Noor Zafar Khan, are considered to be the next big stars of the Pakistani showbiz industry. The beautiful actress is making great strides in showbiz, delivering brilliant performances in hit drama serials like Sabaat (playing the role of Miraal to perfection), Belapur Ki Dayan, Nazr-e-Bad, and Raqs-e-Bismil. 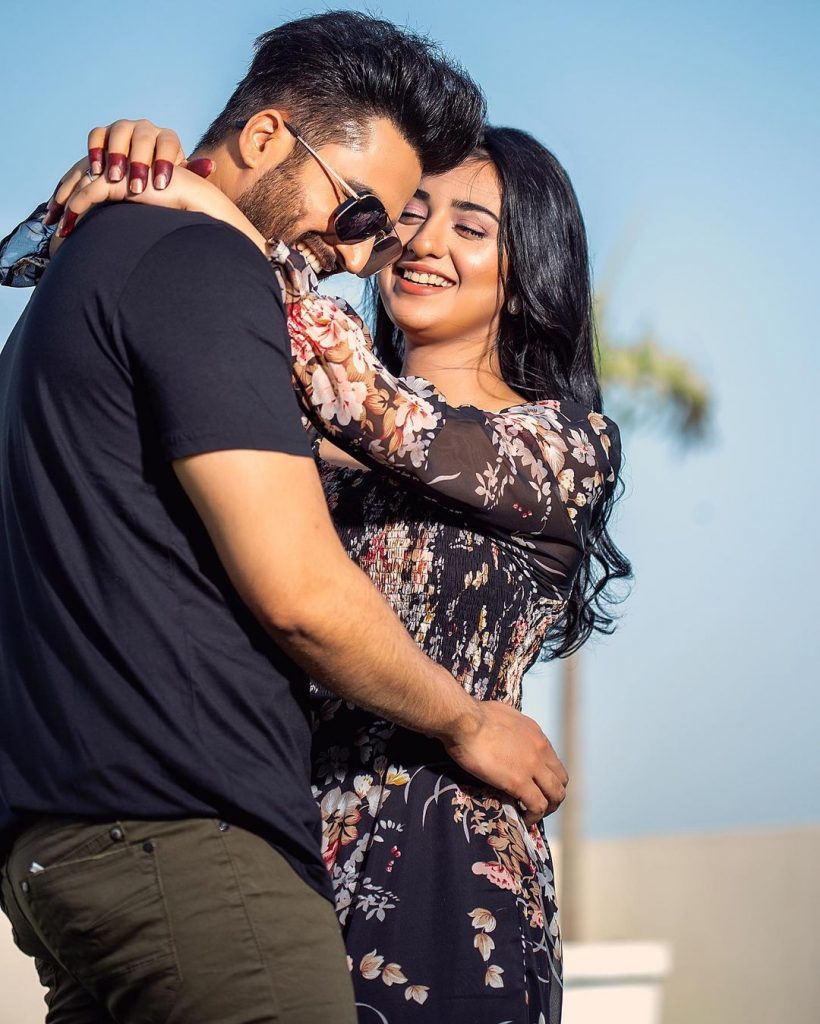 The young actress is the talk of the town since her marriage to singer Falak Shabbir as fans love the adorable relationship, the two have with each other. Every now and then, the couple would share romantic moments together on social media. 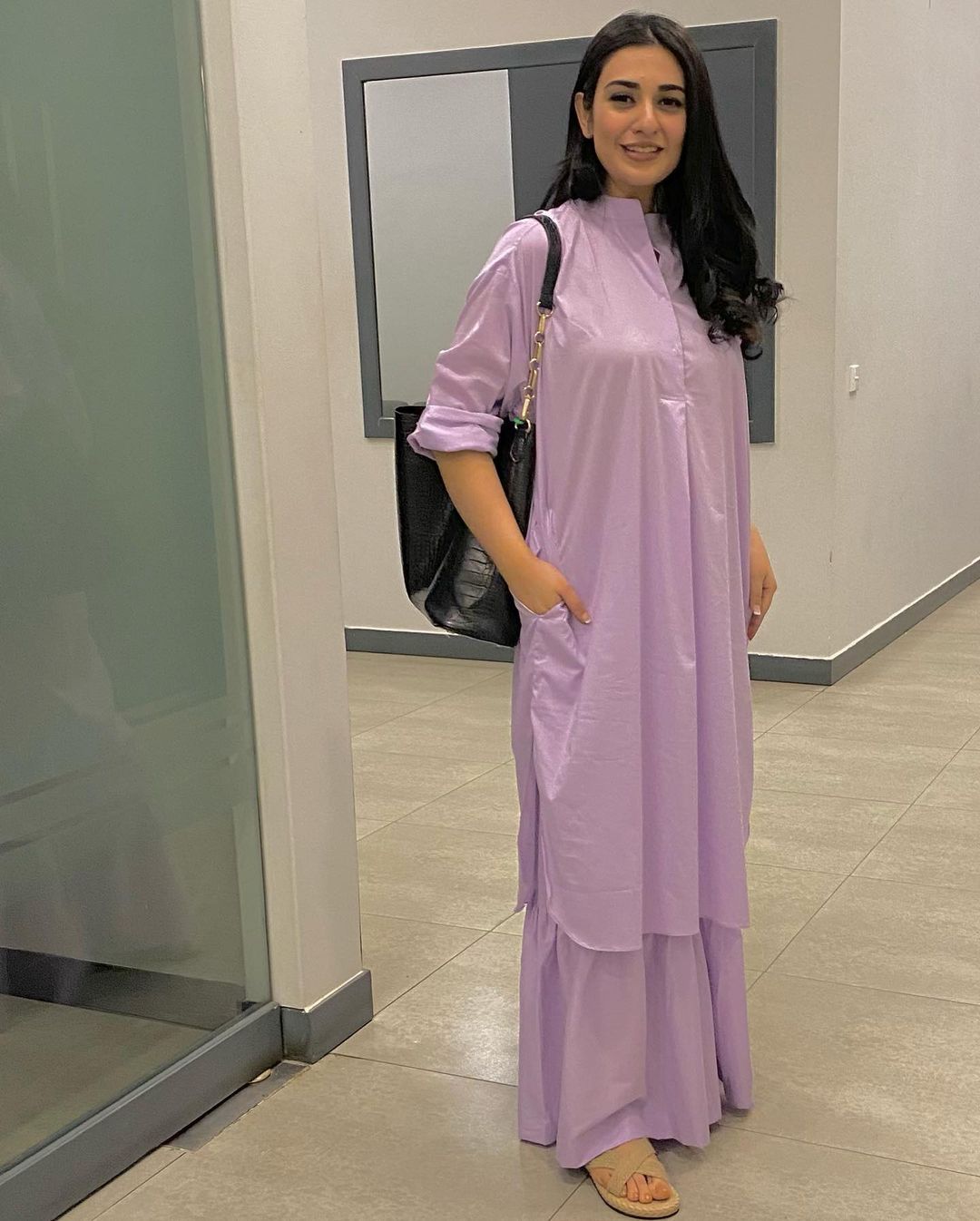 Fans love Sarah for her simplicity and elegance. The way she carries herself, Sarah is able to elevate any outfit. Recently, the Nazr-e-Bad star took to social media to make headlines once again with chic style. The actress looks enchanting in fashion bran CYAN’s beautiful outfit. The white kameez with a pink and cyan dupatta is a favorite summer combination. Check it out! 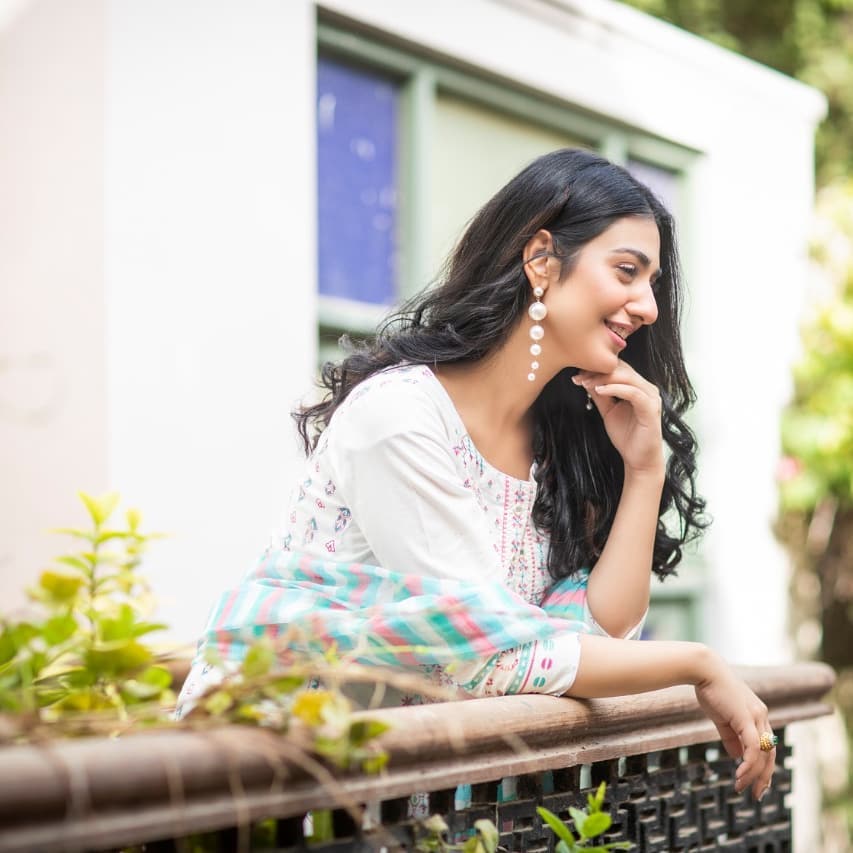