Hina Altaf and Aagha Ali were recently invited on Ahsan Khan’s show where the two made interesting revelations about fellow actress Neelum Muneer. Speaking with the host, the Aatish actress shared that Neelum Muneer is in fact quite religious.

During the segment Dil Khol Ke, the couple had to share their thoughts on other celebrities or their famous performances. When Neelum Muneer’s name came out, Hina and Aagha had nothing but great words for her.

Aagha Ali said that Neelum is very professional and he enjoyed working with her.

“I have worked on a project with Neelum Muneer. She is so professional, always on time, and I have never seen her throwing a single tantrum.”

Hina Altaf on the other hand mentioned that she is quite religious and doesn’t work during Ramadan.

“One thing which most of the people don’t know about her is that she is a very religious person and takes a break during the whole month of Ramadan and doesn’t take any projects in Ramadan.”

Ahsan Khan also said that this is the reason we don’t see her on television during Ramadan because she is practicing her faith wholeheartedly. 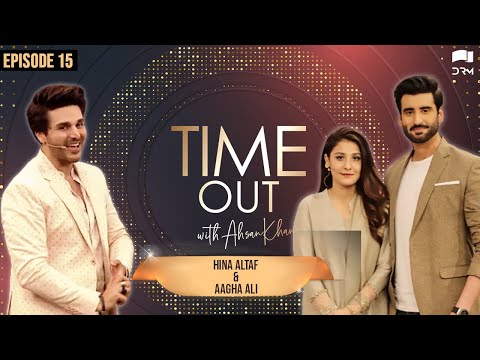