Pakistani Celebrities Reacted To The Dressing Of Actresses At HSA’21

Pakistani celebrities are trendsetters, especially when it comes to fashion. These actresses and models look to stand out and be unique while choosing their next dress and outfit. Sometimes people see one or two celebrities wearing the same outfits. It is nothing new as different brands ask multiple models to promote their latest dresses and designs. Every celebrity has their own style and personality, and it all depends on who can make the dress look good.

Here are some of the most popular outfits worn by multiple celebrities. This is a classic fashion show-off as it’s up to the fans to decide who rocked their outfit! 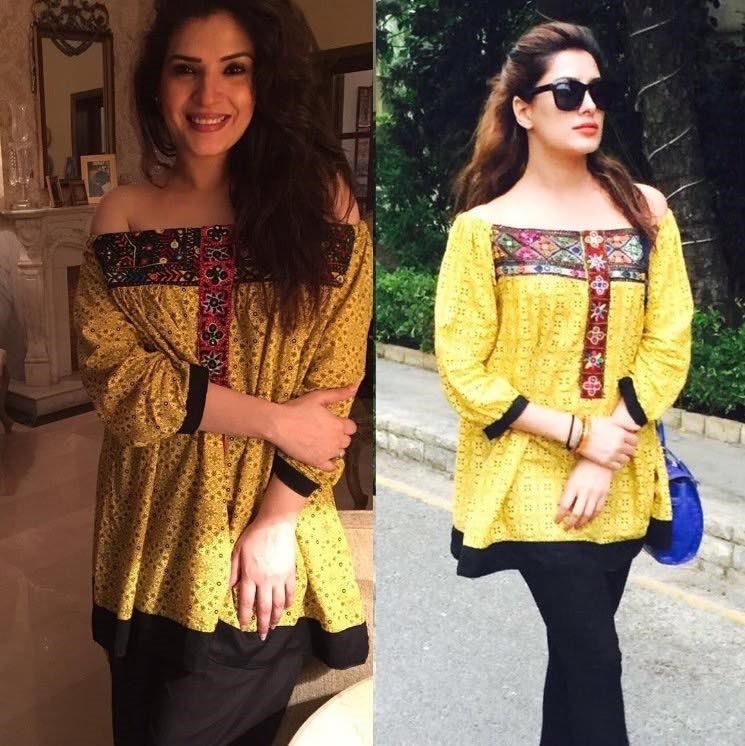 Sumbal Iqbal and Nida Yasir both looked stunning in this outfit. Sumbal Iqbal went step further by including a fancy belt to give the outfit a more formal appeal. 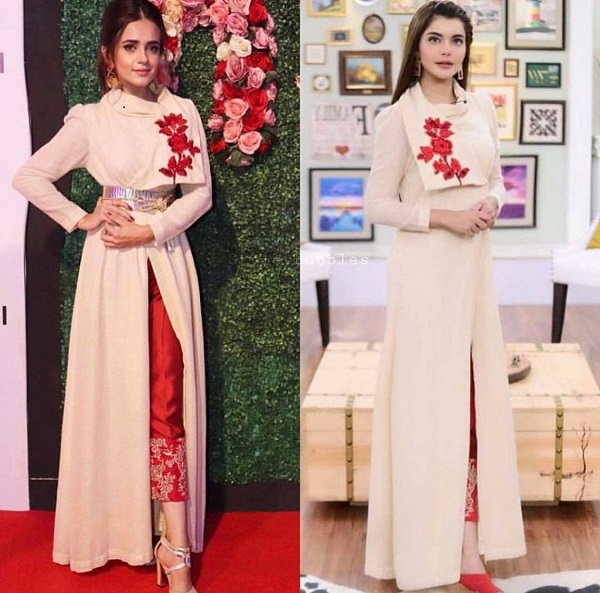 This is a face off between Mahira Khan, Urwa Hocane and Mehwish Hayat. The trio wore an elegant white net saree. While Mahira and Mehwish looked formal with the addition of a red blouse, Urwa Hocane just casually went with the saree and not a lot of makeup. 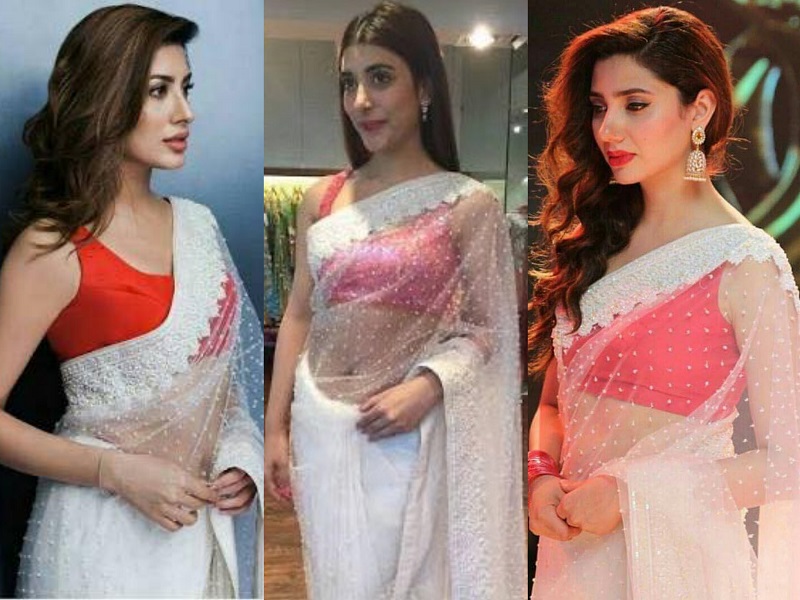 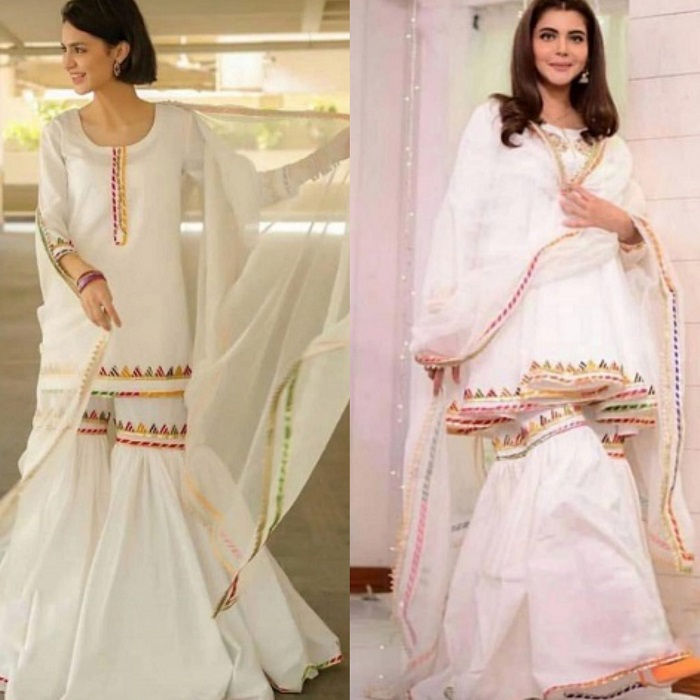 Neon Green is IN!

Flashy neon green is widely popular among celebrities these days, which is what fashion designer Faiza Saqlain incorporated in her new outfit. A traditional dress with a touch of silver was worn by Kiran Haq, Ayeza Khan and Nida Yasir. 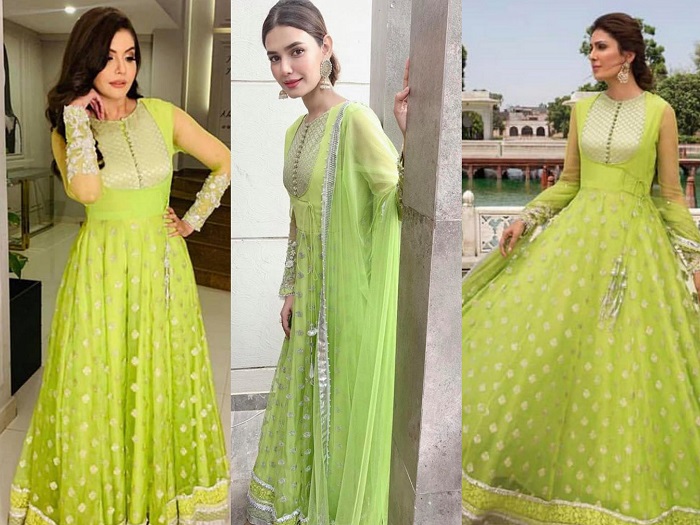 It’s a clash between mega star Mahira Khan and the popular Mawra Hocane. Both actresses wore a beautiful blouse with a jungle-themed print. Mawra was spotted wearing the blouse on the runway while Mahira donned the outfit during an international tour. 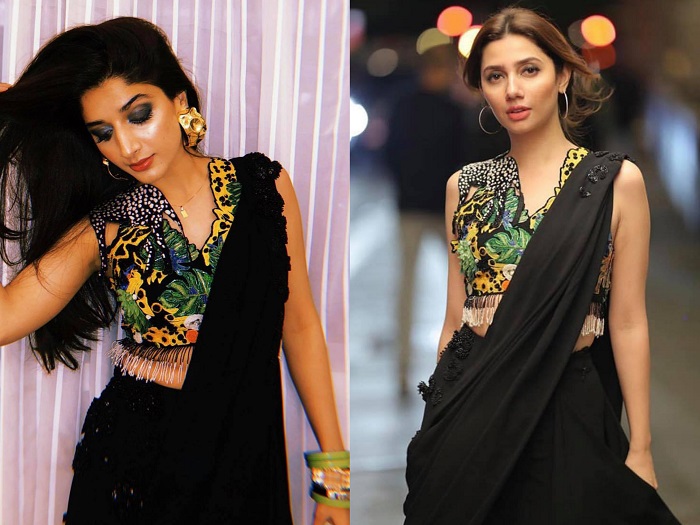 Mahira Khan is up against Mawra’s sister, Urwa Hocane, this time around as both rocked leading fashion designer Ali Xeeshan’s outfit. Mahira Khan stole the show with this beautiful bridal dress at one of the top fashion shows for bridal collection. 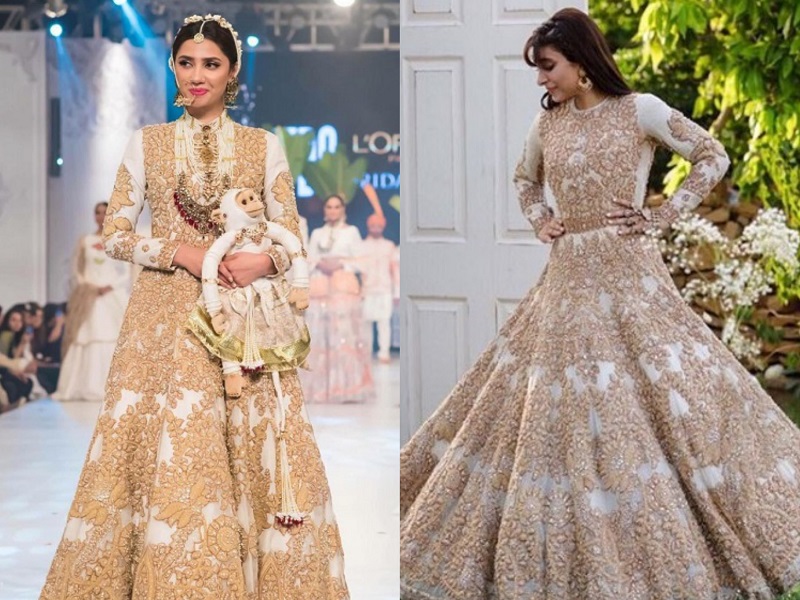